Living in a city with hard water has its benefits, adding trace minerals to every glass of water and not having to transfer mineral deposits to the insides of my coffee machine by hand.

Really, who wants to spend the weekend pulling apart the boiler, tubes and valves of a coffee machine and painting them with a light layer of soluble minerals.

The downside of hard water is occasionally having to strip said soluble minerals from the inside of coffee machines.

My weapon of choice is citric acid. I have a few options for purchase
1. Local grocery stores in 75 gram tubes – running at $30 per kilogram,
2. For $16 I can have one kilogram posted to me… or two kilograms for $24-ish,
3. Or, for $33 I can have five kilograms!
As long as I keep it wrapped up (to reduce moisture absorption) it doesn’t go off… right?

A quick search comes across sites listing things to do with my surplus kilos of citric acid, but they’re also the sort of anti-technology “chemicals are scary” sites that promote paleo, raw, alkaline diets and crystal cancer treatments. I’m warming to the idea of a curated paid search/social media network.

First stop, see if my anyone from my local coffee clique is interested in a kilo.
Second step, pick up other ingredients to bulk out the 100kg of sherbet!

UPDATE 2019-04-10
If you ever need a cubic meter of frozen lemonade try “Lemonade” ice pops.
Concentrate: 400 grams of sugar + 30 grams citric acid – top up to 1 litre.
Dilute to one part in ten with water and freeze.

Some time ago (319 days ago, to be precise) I logged into/signed up for Google Cloud Platform.

I got around to giving it a nudge a couple of weeks ago (my work is heavily AWS/Azure) and I’m wondering what to do with $300 of entirely untouched credits. They expire in the next couple of months

Sunday mornings are a good time to pause for reflection. 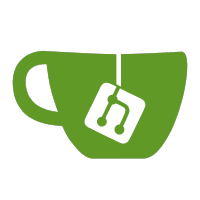 A quick shout out to Gitea (“GIT with a cup of tea”) – a smart HTTPS GIT server written in Go.

It’s fast, light, wise in authentication and has enough activity on the repository to make me think it’s a good option going forward.

It runs fast from a docker container on my rubber band powered test box, and may well become my token repo for things I don’t want advertised on Github.

Oh! Time to update the front page graphic and I can change the repo origin at the same time!

See their web site at : https://gitea.io/en-us/

P.S. And of course Arch has a page : https://wiki.archlinux.org/index.php/Gitea

The site is now live as TestingTesting.net and to celebreate I’ve replaced the default home background with a map of what’s on the site – which should grow as I post more articles.

The .com is “parked” – being hoarded in the hope of extorting a huge chunk of change later on. I don’t think I like the practice.

P.S. That said, although this domain isn’t uselessly parked – feel free to offer me thosands of dollars as incentive to transfer it.

Between power cost in the mining, hiking up of graphic card prices and your value being entirely based on greater-fool  I’ve lost all time for you.